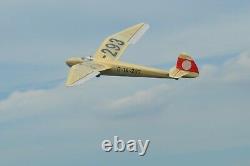 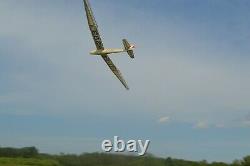 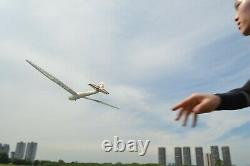 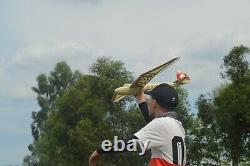 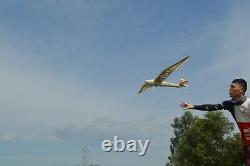 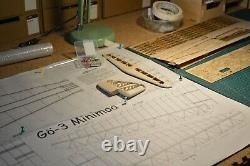 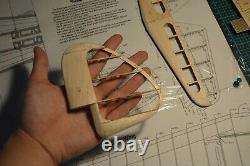 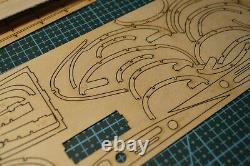 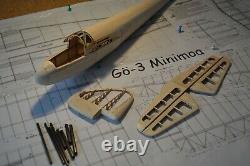 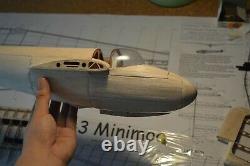 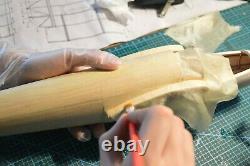 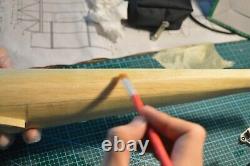 It was designed by Martin Schempp and Wolf Hirth and was produced the year after their first glider, the Göppingen Gö 1. It first flew in 1935. The name is derived from the name Moazagotl given to lenticularis clouds caused by the foehn wind in Sudetenland. The name was used for one of Hirth's earlier gliders and since the Gö 3 was a smaller version, it was called'Mini' as a diminutive.

It established several records, including the world altitude record of 6,687 m (21,939 ft) in 1938 in a thunderstorm. Richard du Pont and Chet Decker flew Minimoas to win the US Championships in 1937 and 1938. It was made out of wood and fabric with cantilevered'gull' wings. A B-version in 1938 had thinner wings with a modified section and the gull's kink in a different place.

It was the first glider built to carry water-ballast in a tank behind the pilot. Only five Minimoas remain airworthy: two in Germany, one in Japan, one replica build in the Netherlands and the latest one to fly in the U.

One more is being prepared for flight in Bacchus Marsh Australia. A 1935 Minimoa is on display at the National Soaring Museum in Elmira, NY (USA). The only known Minimoa still in private ownership in the USA is a 1938 owned by Jerry Wenger in Powell, WY (USA).

5g mini servos x 4. Note no RC is included or glues or film coverings. Extra items available from all good model stores. This is not a beginners kit. Please be sensible when purchasing, we like to avoid negative comments like'hard to build' as to some it will be easy and to others difficult.

It is what it is. A super laser cut model kit that you build yours self.

It looks so good , it can be built as a static model with no RC. Imagine it in a boys (or girls) Bedroom. This will cost more to some countries and so overseas post is only a guide.

It could be less , it could be more. While customers are most welcome to visit Steve Webb Models in Frodsham Cheshire (possibly one of the best traditional Radio Control Specialist Store in existence in the UK Opened 1987) we always advise a call check stock before making a special journey. We can arrange collection of our items at SWM in Frodsham, but please. The Steve Webb Models store is on line as servoshop and also bricks and mortar and when restrictions allow is open to the public.

Currently there are intermittent pandemic measures in place which means you can not walk around the two floor model shop and see the 1000's of RC related products. There is a counter service for callers. The item "Minimoa Laser Cut Balsa Construction Flying Glider Scale Radio Control Aircraft" is in sale since Saturday, November 23, 2019. This item is in the category "Toys & Games\Radio Control & RC Toys\RC Model Vehicles & Kits\Aeroplanes".

The seller is "cobbewebb" and is located in U. This item can be shipped worldwide.